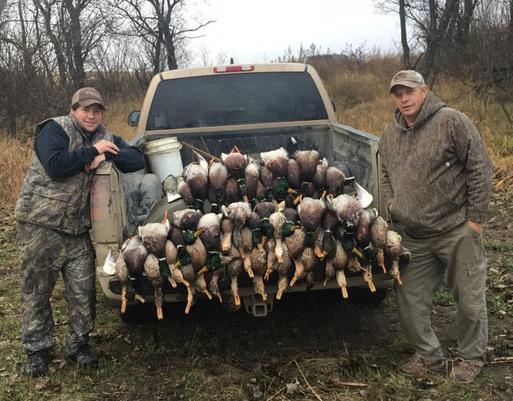 Your guide will be World Goose Calling Champion and two-time World Live Duck Calling Champion, Mitch Hughes. Mitch has been guiding hunters in Maryland since he was 15 and in 2005 took over Canadian Prairie Outfitters. Mitch has been on Drake Waterfowl\'s Elite Team since 2006. You will never forget hunting with Mitch due to his desire for waterfowl hunting, and his great personality and amazing calling.

Mitch took over the business Canadian Prairie Outfitters in 2006 , at the age of 18 . At a young age Mitch took on a responsibility that most grown men would not want to face , as most of the hunters Mitch was guiding had been hunting longer than he had been alive . over the years many obstacles came his way , but with hard work and determination he overcame  and  has proven himself in the waterfowling  industry as one of the top guides and  outfitters in North America .

Mitch is still running Canadian Prairie Outfitters  thru the months of September and October  in Saskatchewan, Canada and in the off months he works as a commercial waterman on Maryland's Chesapeake bay catching crabs, oysters and fish .